The Nature of Honesty

Honesty is a philosophical category which at first sounds as if it is incompatible with management. If we put aside the theoretical formulations, we can take a look at everyday life and ask the question: Have I known an honest leader? If the answer is yes, then you will admit with certainty that he was the best leader whom you followed with pleasure and in whom you had unconditional faith.

Indeed, this short discourse with oneself defines the meaning of honesty for leadership. Yet, in order to describe the magical allure of the honest leader, we need to delve deeper into the dynamics of the group and interpersonal relations. The goal is not to conduct an analysis of the socio-psychological processes, but to reveal yet another aspect of what successful leadership is.

Honesty is, traditionally, related to honour, selflessness, frankness, valour, conscience etc. Honesty is regarded as a virtue of great importance in the processes of winning trust. Those people that have this virtue are considered closer to others, expressing their thoughts and wishes clearly, not known to show secrecy, furtiveness or have hidden agenda. This type of behaviour from a leader gives a sense of security and a feeling of safety to the followers.

Honesty is not just a concept, but a philosophical category. Any and all attempts to understand it without prior analysis are deemed to fail. Specifically because of this, we will examine honesty in light of its two most important to leadership manifestations. Honesty may be found in the communication style or personal attitude of a leader towards his followers.

Communication honesty is a reflection of truth when transmitting messages. Leaders who exhibit this type of honesty are open to present the facts as they are. They do not try to save information which might not be well taken by the followers and do not seek to manipulate information when transmitting it. They strive to fill all informational deficits, forming universal expectations for all members of the group.

If a leader were not in possession of communication honesty, the followers would form heterogeneous expectations concerning the same event because of insufficient or deformed information. There can be no empty spaces in our ideas, the cognitive principle states. If a given idea cannot be achieved using information from the outside world, then our conscience fills the void by using our imagination. It always fills the void in information or “soothes” the logical irregularities.

If, by trying to manage information, the leader changes parts of it without taking into consideration the idea that the followers have about the event in question, then we may witness a cognitive dissonance. On the one hand, the followers know what is expected of them, but on the other, their perceptions give them signs controversial to the expectations. This condition is a clear sign that either the expectations or the leader’s messages is inadequate.

The appropriate direction and management of expectations is of vital importance to a leader. The build-up of unrealistic expectations always leads to disappointment for the followers. And disappointment is a prerequisite for a number of negative experiences.

The communication honesty of a leader is very important in this aspect. Behavioural honesty is a direct manifestation of how much a leader follows the group’s norms and values, how much he is considered as a part of its culture and in what manner he accepts it. Behavioural honesty is perhaps best described by the Georgian maxim which goes: There is only one thing in this world that speaks without a tongue – honesty. “

It happens often that a leader preaches and strives to impose certain group values, yet he is behaving not according to them. Such conduct always confuses the followers and they have to make a decision which model to follow – the one that is verbally described by the leader or the one that is being demonstrated by him.

In practice, it is not unheard of for a leader to find himself in a situation where he must promote an idea which he does not believe in. That usually leads to phrases such as: “Do not look at what I do, listen to what I say”. Again, cognitive dissonance manifests itself here, forming heterogeneous expectations in the followers.

Behavioural honesty directly corresponds to group dynamics. If a leader is not capable through his behaviour to show the group’s values and accepted norms, then he is distancing himself from the group. Such behaviour from a leader always has a bad effect on the followers’ motivation. Thus, instead of identifying (with the group) it leads to alienation and rejection of the group’s values.

The lack of universally valid values by itself leads to decrease of the inner consolidation of the group and gradually – to its formalization or collapse. Confidentiality also takes a considerable hit, as a result of which the group’s creativity and effectiveness are drastically lowered. Thereby, the importance of a leader’s behavioural honesty is shown clearly. 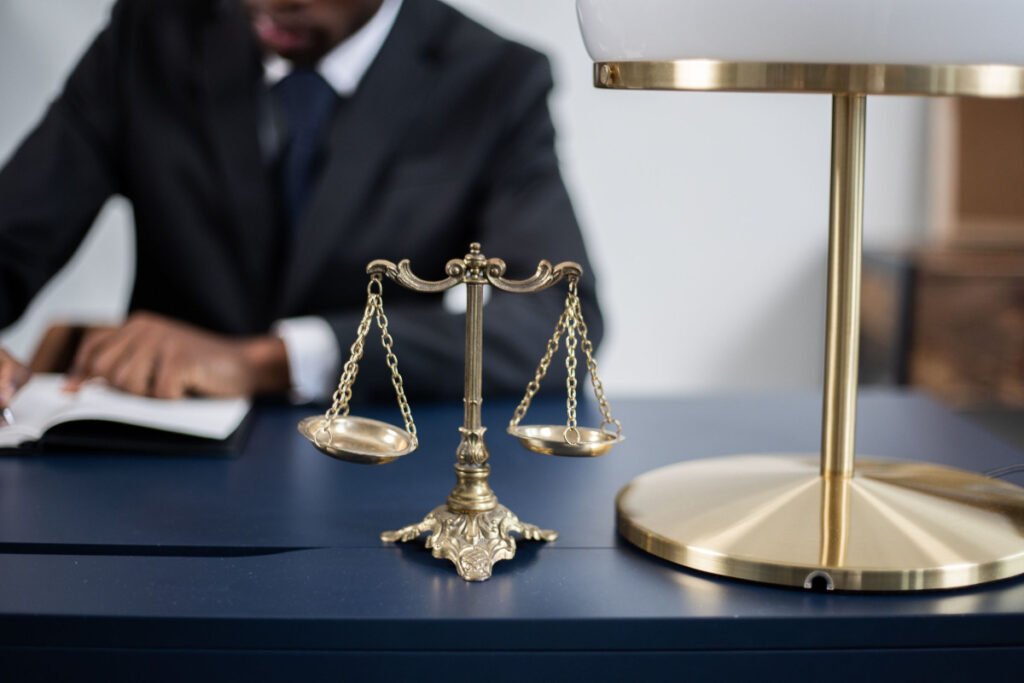 “Attitude is a relatively stable psychological or social-psychological (when referring to social attitude) construct. It reflects a person’s opinion towards a specific object – event, item, other people etc.” (Blankson, 2005, p. 56). Attitudes are formed under the influence of personal experience, personal constructs, the group’s values and culture and are manifested through one’s view of life and behaviour.

Studies do not talk about attitude but about a system of attitudes. It means that in order to form a specific behaviour, it is not sufficient to have just a certain attitude, but a large array of them, which interact in certain ways.

The behaviourist method has a solid contribution to the study of attitudes by offering a model of the structural attitude. It not only reveals the elements of attitude, but gives hints about the way in which we may influence a given attitude (Devyatkin, 1999). A schematic representation of the model is shown in Figure 2. Its authors are К. Hofflan и М. Rosenberg.

The three components of attitude indicate that it carries certain information (knowledge) about the object in question, this object is the cause for real emotions and a simple behaviour is formed towards it. After this short presentation of attitude, we may gain some insight on the importance of a leader’s honesty.

It is clear enough that every leader wields social power. He has the ability, right and obligation to influence his followers. In other words, the members of a group readily accept with lowered critical disposition information from their leader. Moreover, he shapes and directs the group’s values. It is known that a leader has the power to influence not only the behaviour, but also the attitudes of his followers through the information he feeds them.

In essence, the leader is responsible for creating content for the cognitive and behavioural components of attitude, which in turn translates into a big responsibility. If a leader shows communicational and behavioural honesty, the group’s attitudes will be adequate and would help keep the group go in the right direction. Otherwise, the group’s attitudes would lead to the disorientation of the group when interacting with other groups and the environment.

Most often, the ineffective attitudes are prejudices and stereotypes. They are specific attitudes, whose cognitive (informative) components have insufficient, old or deformed contents. Prejudice is described as insufficient or verbally deformed information. At hand is also a high emotional intensity of the affective component.

Regarding stereotypes, information there has little relevance in respect to reality, it is old and often incomplete. Moreover, behaviour is formed because of this information. The leader solely holds responsibility for the type of attitude that given group forms. He has two principal tools in his possession for directly influencing attitudes – power and honesty.

When speaking of honesty in everyday life, we understand it as a virtue, unfettered openness, and utter self-sacrifice in the name of truth. This is the idealistic approach. Regarding honesty in the context of leadership, it is only proper to ask the question whether it may be managed and how. Don Marquis states, „Honesty is a good thing, but it is not profitable to its possessor unless it is kept under control.” (Quote by Salzmann, 2003, p. 26).

Despite the mass approach to honesty, the statement that a leader has to be extremely honest could not be more far from the truth. A successful leader knows honesty as a tool. He may manifest or suppress it. Following in the steps of this principle, the successful leader uses honesty to exert influence over his followers but does not allow honesty to spread out the desired limits.

Honesty may strengthen a leader’s position but if a leader allows it to take precedence over everything else, replacing the goals, affiliation and results, it may have the opposite effect. The followers expect from a leader to maintain his image by doing, knowing and being capable of things that remain unreachable to them. A leader has to show honesty from this position in order to maintain the trust in him but not to set it on a pedestal because it will harm not only him but also the organization and group as well.

To illustrate what has been said, we may use the popular position on honesty: „The honest response to most questions is „I do not know!” (Konstantinov, Man, 1989, p. 137). However, a leader cannot allow himself to be so honest. If followers excuse their leader for not knowing, it may be confusing – he must always know. This is just an example of how leadership limits honesty and forces a leader to be dishonest at specific times.

Honesty necessary to the successful leader is not the honesty innate to the good-natured, open person, but a refined, planned, mastered and skilfully executed form of honesty. It is used to specifically influence the followers and to form certain attitudes. It is more like the honesty of diplomacy than the idealized human form of honesty. In addition, „Honesty, maintained by diplomacy, sometimes takes a break too” (Leontyeva, 2010, p. 16).

By seeking ways to manage honesty, we arrive at the truth about the golden mean. On the one hand, the leader has to show honesty, but on the other, he must be able to promote ideas and beliefs of which he personally does not need to be convinced. It is in such situations that the skill of managing honesty becomes apparent. To what degree a leader has to be honest, and in which moment does he use the power that he has? Apart from being a question related to a leader’s effectiveness, it is also a moral one.

 Honesty is a philosophical category, which is not the object of study in management, but it describes the relations between a leader and his followers.

 The lack of communicational honesty of a leader leads to formation of unrealistic expectations by the followers. The discrepancies between reality and expectations are connected to disappointment and eventually – anger.

 The group’s attitudes are formed under the strong influence of the leader’s honesty. He has strong power over how adequate the attitudes of the group are. It depends on these attitudes how the group will interact with other groups and the environment.

 If a leader is not capable of using honesty as a tool, attitudes most often transform into stereotypes and prejudices.

 A leader does not use honesty to manipulate. He manages it to create suitable conditions in order to reach the group’s goals.